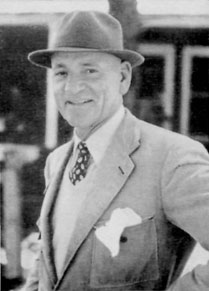 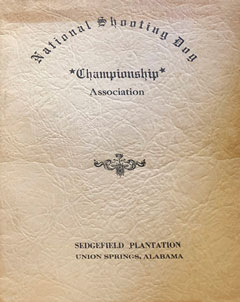 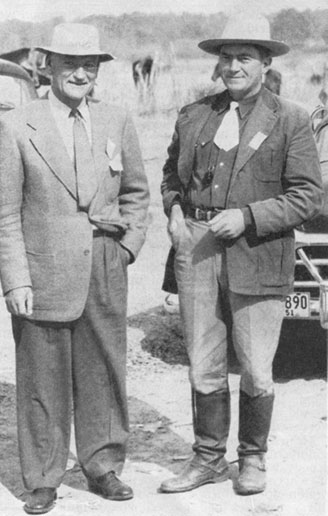 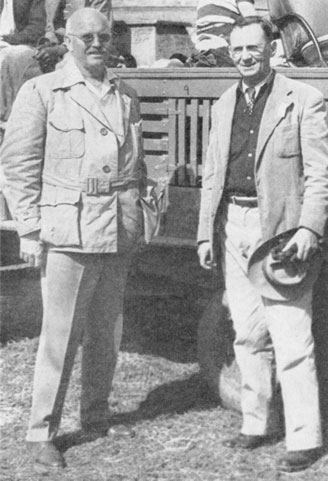 In 1928, a Colorado Springs sportsman by the name of Lewis B. Maytag was visiting Montgomery, Alabama for the purpose of purchasing some quail country for a private shooting preserve. It so happened that the Continental Field Trial Club was hosting a field trial nearby in Union Springs that Mr. Maytag wisely thought attending would give him some advantage in seeking out ideal property. He arrived just in time to see professional trainer Jake Bishop turn loose a dog named Sun Ray that in a short period of time pointed nine covies of quail! “That was convincing enough for me,” stated Maytag as he headed for the Union Springs bank and purchased the land that to this day comprises the famed Sedgefields Plantation, home of the National Amateur Free-for-All Championship.

Beginning in 1937, Mr. Maytag, known as the “Laird” of Sedgefields, hosted programs staged by the Alabama Shooting Dog Club, often serving as one of the judges. In 1950, the National Shooting Dog Championship (later to add the subtitle: “An Amateur Free-for-All”) was born, hosted by the newly formed National Shooting Dog Championship Club, which by 1954 boasted the largest membership of any field trial club in country — 415 members from 16 states. By it’s fifth year, the championship attracted amateur entries from ten different states.

The 1955 Catalog included the original Rules for the Championship:

1. This is a Free-for-All Championship, any pointer or setter being eligible to run.

2. Dogs must be run by amateurs only, professional handlers are not allowed to compete, either as handlers or scouts. A professional is anyone who has received compensation in any amount for training or handling dogs during the past five years.

3. Dog to be placed must be shot over at least one time. Guns and ammunition will be furnished by the Field Trial Marshal.

4. Handlers are to ask permission of judges for a scout when needed.

5. Qualifying heats will be 45 minutes; finals one and one-half hours.

6. Judges may order up dogs at any time.

7. A dog will not be automatically disqualified if not steady to wing and shot. (It is strongly desired that the winner of the Championship be a finished dog charged with no errors. The winner should display all of the characteristics of class, including, style, pace, drive, birdsense, biddability, etc. However, a brilliantly performing dog charged with some error or breach of manners may be named Champion over other contestants with no mistakes but not showing outstanding bird finding ability.)

8. Dogs may be required to work marked singles as well as to back.

9. Dogs must be run as drawn except judges may make changes to facilitate the running of the trial.

Officials of the AFTCA, attracted by the growing prestige and encouragement from many who were pillars of the organization, scheduled a meeting in 1962 in which earlier disagreements were resolved, whereupon the AFTCA sanctioned championship recognition of this field trial. Stipulations included the event always be staged at Union Springs and traditionally commence on the date of Washington’s birthday. The stake continued to grow and add to its prestige, to the delight of Mr. Maytag, club members and Union Springs officials.

After the demise of L. B. Maytag in August 1967, many were concerned for the future of the stake. Truman Cowles’ 1974 American Field report reads as follows:

“Most fortunately for all and for the continued prestige and continuity of this event, the ownership of this vast holding fell into hands (Dan McArthur, Waco Corporation) who were sympathetic to the cause and not only have permitted it to be popular, but have contributed greatly to its increased stature.”

“One of the priceless experiences of my life has been yearly competition in the National Shooting Dog Championship at Sedgefields Plantation since its inception in 1950. Never have I missed a renewal, nor have I failed to have one or more entries for the Championship these twenty-four years. I guess I was born to love great bird dogs, and this trial has always epitomized to me what is best in bird dogs and good clean competition.”

“One’s memories naturally turn towards the many wonderful and dedicated sportsmen and sportswomen who gave of themselves so generously to make the National Shooting Dog Championship preeminent in its field. It is impossible to speak of this trial without thinking first of Lewis B. Maytag, the revered laird of Sedgefields Plantation who conceived the idea of this, the first championship competition for shooting dogs, and nursed it through many tribulations to acceptance on the national scene. For all those whose memories span the years, we must mention the first Mrs. Maytag, a lovely and gracious person, an unforgettable lady.”

“From inception to Silver Anniversary no one has made a greater contribution to this event than George L. Harden Jr. (HOF 1973). Through the years he has shaped it and molded it and demanded for it a standard of excellence that takes second place to no field trial in the world today. An appreciative and grateful sporting public has awarded him, along with Lewis B. Maytag (HOF 1967), the supreme accolade of induction into the Field Trial Hall of Fame.”

Since its inception the trial has been celebrated with many social events occurring around the running. Hospitality has always been an outstanding attribute of Union Springs. In years gone by, according to W. H. Denham Jr.:

“The spectacle of the barbeque on the flood-lighted grounds of the Union Springs Ball Park was a most memorable experience which attracted hundreds of people, out-of-state, local and from surrounding areas. It’s pleasant to recall many good times at enumerable cocktail parties, the annual dinner-dance at the Armory, and of course, the come-as-you-are party hosted by Mr. and Mrs. Maytag at their Sedgefields Plantation home.” The tradition continued through to the present, with events now staged at the beautiful modern pavilion on the grounds.

The Ownership Record of Sedgefields Plantation

2002 – 2010: The property was sold, split by various owners, then regrouped by the current owners.

The trial was eventually renamed the National Amateur Free-for-All Championship, conducted under the Minimum Standards of the American Field. It remains one of the most coveted wins for amateur field trialers and continues to be run on some of the most beautiful and historic field trial grounds in the country due to the extraordinary generosity and commitment of the owners of Sedgefields Plantation. 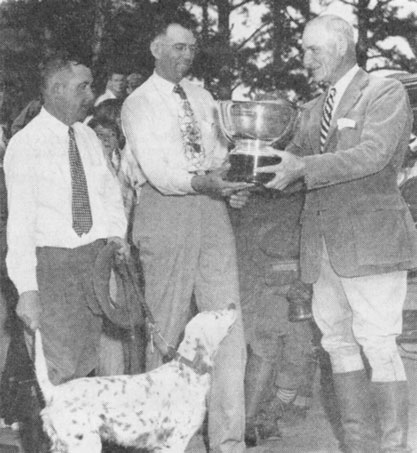 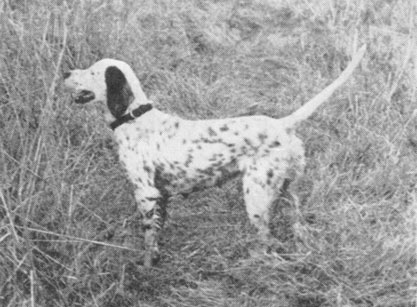 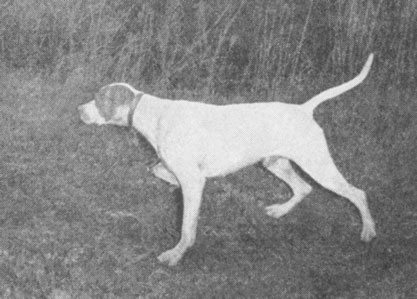 February 25 was a memorable day at Sedgefields, L.B. Maytag’s birdy Plantation, located near Union Springs, Ala., for on that hot, sunshiny afternoon, when even time seemed loath to hurry, a large mounted gallery watched Ginnie Sue, white and black setter bitch, owned by W. H. Wright of Verona, Miss., and handled by J. T. Ogletree of Union Springs, Ala., win the National Shooting Dog Championship. That same morning the huge gallery, numbering nearly 300 riders, saw Pete’s Spunky Ranger, white and lemon pointer dog, owned and handled by C. M. “Slim” Bowden of Atlanta, Ga., earn runner-up recognition in this colorful event. Forty-one dogs competed for the title, action commencing on Washington’s Birthday, and the “Father of Our Country” would, in all likelihood, have enjoyed the sporting scene as enacted on this occasion, for history records that he was a lover of sports afield, and what sportsman would not have charmed to those happy, happy exciting days at Sedgefields.

The National Shooting Dog Championship! A stake to fire the imagination of every admirer, every owner of a bird dog, a stake that will never face a poverty of interest.

The champion, Ginnie Sue, whelped May 5, 1947, has to all appearances enjoyed a wealth of experience in the shooting field. Sue delivered a pleasing ground race to qualify, although she scored but one find. In the finals she chalked up a score of five well handled finds and a sixth on which her handler failed to flush scattered birds, one of which was ridden up, after she had gone on, directly ahead of where she had established point. Under the circumstances, it would not have been sporting to have faulted her severely on this one. Sue was braced with Lebanon Pat in the finals and on two occasions she had the opportunity to honor stands made by Pat, and she did so in approved form. Sue suffered a sinking spell towards the close of the heat, but she carried on courageously. She is attractive in action, stylish on point, and none who had followed the running of this stake closely could gainsay her right to the crown.

The runner-up, Pete’s Spunky Ranger, was whelped May 3, 1948, but his youth did not seem much of a handicap, even in this field studded with dogs of years of experience. Ranger put down superb ground-working performances during both his appearances, ground work that was in accord with the standards as sought in this stake. During his qualifying heat, Ranger made two finds, but the first one was a touch-and-go situation, the dog stopping promptly as a bevy lifted in front of where he worked. Later he scored a commendable find. In the finals, Ranger got off to the same kind of a start, his first bevy contact being a stop to flush; stragglers remained on this one, however, and he was steady to wing and shot. He scored but one good find, although his efforts were heroic, and undoubtedly the strength of his outstanding ground work went far in gaining him the consideration he received. 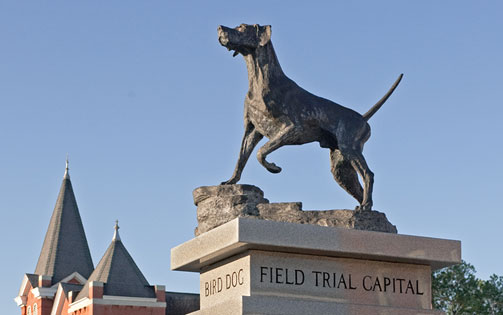 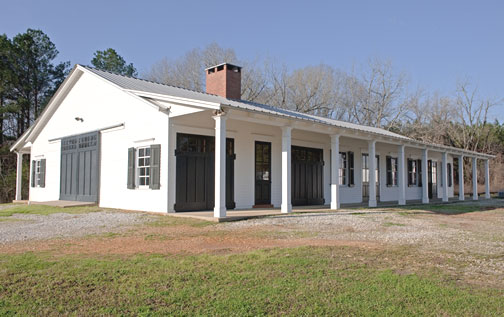