Most field trialers, particularly those in the mid south section of the country that comprises AFTCA Region 6 will remember the sad evening of April 26, 2014 when a large tornado cut a wide swath through central Arkansas causing tremendous damage to the grounds, kennels and other structures of the approx 2,700 acre Camp Robinson field trial venue in Mayflower. Completely lost was the iconic stone clubhouse built in 1955. The grounds themselves suffered much damage in the way of downed trees and habitat destruction.

With the much appreciated aid of 20th Century Fund monies, significant progress has been made over the past 5 years cleaning up the debris and restoring this important field trial venue.

Field trials have been held at Camp Robinson since 1957. The venue hosts many national, regional and different pointing dog breed trials and championships including, numerous times, the prestigious National Amateur Shooting Dog Championship. The Camp Robinson FTC is appreciative of the AFTCA 20th Century Fund’s support of their efforts. 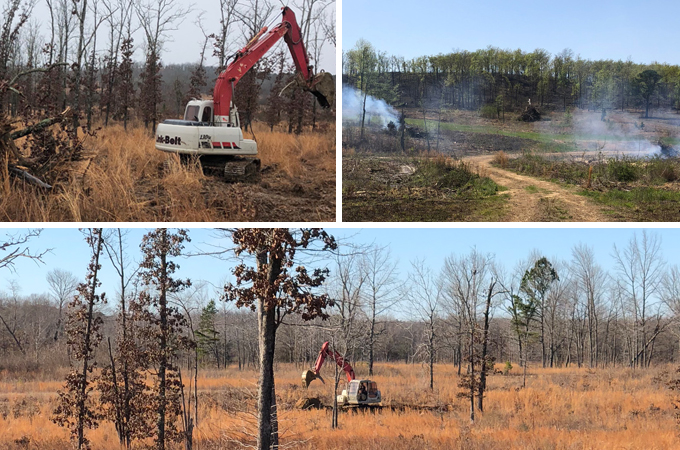